Handling payroll is not an easy task, especially for beginners. You might even need help from an expert to explain everything to you as things can get complicated. There are a lot of things you have to go through in a business like legal requirements. But to start off, you have to know the difference between net pay and gross pay.

Why is it important to know the difference?

For accurate payroll management, it is of utmost importance that you know the difference between net pay and gross pay. For one, not withholding taxes from the gross pay means you’re paying your employees under the table. It is also useful so you’d know how to answer any employee who has some inquiries regarding his/her salary. Another thing is for you to be able to deliver your promise in case you told a certain employee that he/she will have a certain take-home pay, in which case, you’d have to gross up.

It is vital that you include both net and gross pay on the pay stubs of your employees. The gross pay typically comes first. Taxes and other deductions should also be broken down for transparency.

Now gross pay is the total salary before any deduction is made. An exempt or a salaried employee receives a gross pay which is computed by dividing the annual salary by the number of pay periods, typically 26. For instance, an employee with a $40,000 annual salary in 26 paychecks will receive $1,538.46 per month on top of any bonuses, reimbursements, etc.

However, deductions are typically to be made. This includes the taxes, Social Security, Medicare, and other voluntary deductions. Voluntary deductions may include charitable and health care insurance contributions. Should any court-ordered garnishment be required, that will be subtracted too!

Once all the deductions have been applied, the resulting paycheck is now called your net pay. You should also contact your State Department of Labor and/or an employment attorney to know all the requirements you need to satisfy based on US tax laws.

Net pay is the take-home money of the employee after all the possible deductions have been applied. The deductions include taxes and other withholdings. It is also computed based on the employee’s classification in the organization. A non-exempt or an hourly employee is paid by the hours rendered. A non-exempt employee’s pay should also include bonuses, reimbursements, overtime pay, and others.

On the other hand, the salaried or exempt employee has an annual salary spread out in bi-weekly payments. Thus, to compute, the annual salary is to be divided by 26 (usually). 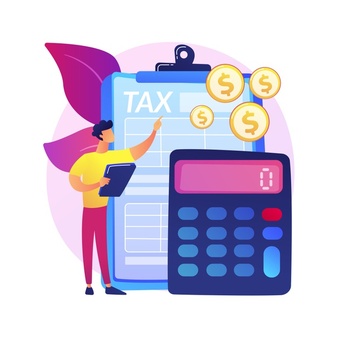 Gross income is the total annual salary an employee receives. To calculate for the weekly, bi-weekly, or monthly gross salary of a salaried worker, use this formula:

So, an employee with an annual gross income of $33,000 has a monthly pay of $2,750. You may freely adjust the computation to a weekly or a bi-weekly basis.

Hourly employees are also known as non-exempt employees as per the FLSA.

To calculate for they gross salary of a non-exempt employee, use this formula:

Then, you can compute the total whether you want it computed by week, month, or a year. But it’s important that you utilize the hourly rate and income you have agreed on. You should also take note of the agreed hours per week in the contract, typically, it’s 40 hours per week.

For instance, one of your couriers is paid $12 per hour and this employee works for 40 hours per week. That is then the standard full-time workweek. To calculate the employee’s monthly pay: 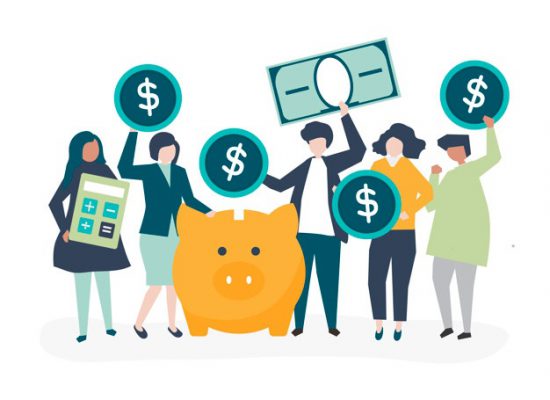 To compute, simply identify the gross pay and all the applied deductions. To compute:

This may sound so easy but you have to properly and accurately know all the deductions. You have to break that down too for transparency. Mandatory deductions include the FICA payroll taxes and income tax withholdings. Meanwhile, some are voluntary such as health insurance and retirement contributions.

Voluntary deductions include any deductions that the employees opt to withhold from their paycheck despite not being required by law. Pre-tax, as the term implies, is the deduction applied before applying the mandatory payroll taxes and it decreases your employee’s payroll taxes and taxable income.

The pre-tax payroll deductions include:

Now, let’s say we have an employee named Jane Doe. Jane contributes $150 every paycheck to her traditional 401(k) plan and contributes $90 per paycheck as well to her health insurance premium. This is then how her pre-tax deductions will be applied:

FICA payroll tax is 15.3% off the gross pay after pre-tax payroll deductions which goes to your employees’ Medicare and Social Security. The employee pays half of this tax while the employer pays the remaining half. Now, this is how we compute for Jane’s paycheck:

Federal income tax is the income tax deducted from the paycheck and to compute for it, you’ll need the following details:

Now, let’s go back to Jane. She is single with one withholding allowance with a payroll schedule of every 2 weeks. The taxable gross pay of Jane this pay period is $1200.

To calculate, you should check the following in the same chronological order:

Let’s now do the math! Here’s how the calculation works:

Jane’s federal income tax withholdings is $99.64. So it’s now the time to subtract $99.64 from the taxable gross pay of Jane. Thus, this is her total gross pay:

Wage garnishments is an example of other mandatory payroll deductions your employees may have. They may be for child support, student loans, credit card debt, and unpaid taxes. The government will notify you once an employee has any garnishment.

Does net pay and gross pay affect the employer’s taxes? 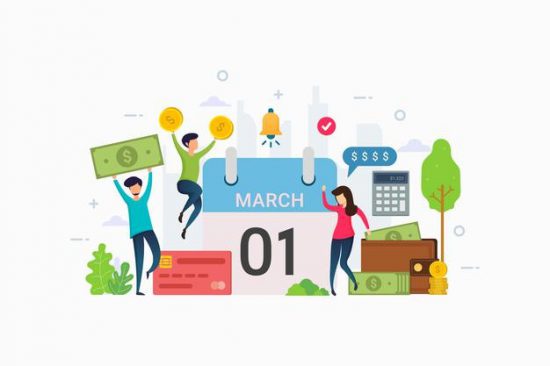 FUTA is the tax to be paid by the employer. This is 6% of the first $7,000 gross wages the employer pays per year. But a lot of employers actually get a FUTA tax credit of 5.4% once their state unemployment taxes are paid on time, dropping the FUTA tax to 0.6%.

The requirement is to keep all gross and net pay information for a period of three years at the very least. You may keep them in the following forms:

This is a complete list of the employee’s salary including the gross wages, net wages, and deduction. This should be strictly given to all employees for transparency, either in a physical or a digital platform. The year-to-date payroll should also be included and keeping them should help determine the total amount of gross wages, net wages, and deductions for the year.

A payroll register lists everything seen in a pay stub but is not given to employees. This serves as the employee’s record. It also computes the total gross wages you pay all your employees. You can also see how much you paid via check, cash, or direct deposit.

To calculate the net pay of an employee, you should know his/her declared deductions on the W-4 form. This is because the total number of deductions is affected by how many immediate family members the employee has:

The goal here is to have the employee pay just enough taxes without overpaying. Once an employee overpays, the government is allowed to utilize this money. Well, at least until he/she files an income tax return from the IRS.

Thank you for you interest in Probill Software!